Opulent penthouse where 'Chicago P.D.' and 'Empire' filmed is up for auction

The suggested opening bid for the lavish two-story Streeterville spread, with an indoor basketball court and 500-gallon fish tanks, is $10 million below the seller's original asking price. 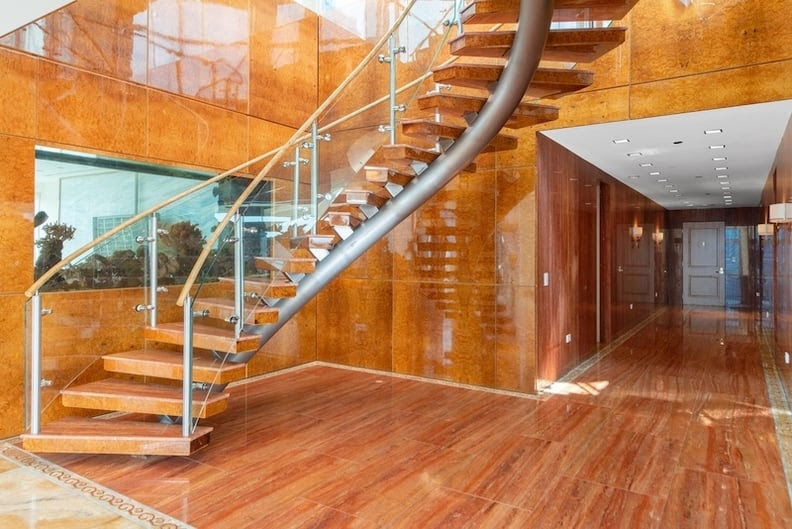 An extravagant Streeterville penthouse with a basketball court, three 500-gallon fish tanks, stone finishes and lake views is going up for auction with a suggested minimum bid that is $10 million below the original asking price.

“The seller has no debt on this, and he’s ready to make a deal and sell it,” said Rick Levin, whose Chicago auction firm, Rick Levin & Associates, is handling the April 26 auction.

The 9,280-square-foot, two-story penthouse on North Water Street first came on the market seven years ago this month, priced at $12.9 million. Price cuts brought it down a total of $7 million by last November.

The place is opulent, with a marble staircase curving up past stone-paneled walls and a built-in saltwater fish tank, polished stone floors in several rooms, a 60-foot terrace. There’s a 16-person hot tub, an indoor racquetball court and three bedrooms, each with a balcony, much of that seen in this video from a previous listing agent.

“I don’t think anybody knows what this property is worth—not the seller, not an appraiser, not me,” Levin said. “That’s why it goes to auction: to see what the market says it’s worth.” 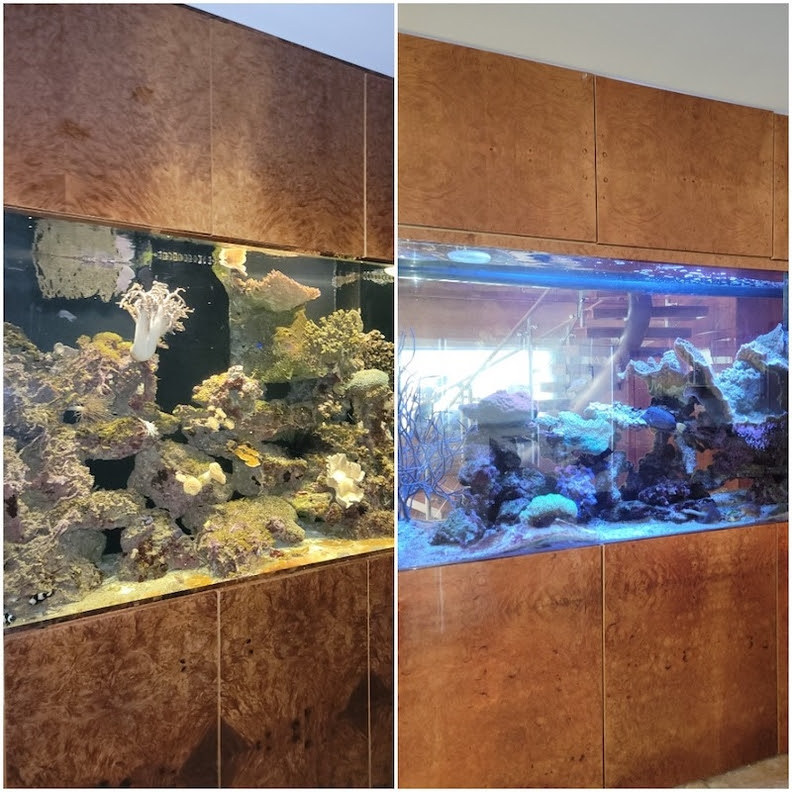 The auction has a suggested opening bid of $2.5 million. Levin said that is not a reserve, which in an auction is the bottom below which a seller won’t agree to a deal. “It’s just a suggested opening bid,” he said. “If somebody makes a solid, all-cash offer, he’ll look at it. He’s not doing this to test the waters; he’s going to sell it.”

It's also possible that the news that a rock-bottom price is now on the table attracts buyers who put in pre-emptive offers, as has happened in recent years with Levin’s auctions of a Gold Coast mansion and a Lincoln Park house by eminent architect Larry Booth.

Cal Fishkin, a co-founder of Chicago trading firm Hard Eight Futures, and his wife, Courtney Fishkin, are the sellers, according to public records in Cook County and at what appears to be their current home, Las Vegas. They could not be reached for comment.

Cal Fishkin bought the space unfinished in 2008 for about $5.8 million, according to Levin. The purchase price is garbled in the Cook County Clerk’s online records.

According to Levin, Fishkin spent $8 million to finish the space, for a total investment of about $14 million. He was already expecting to lose money in the sale when he put it on the market at below $13 million.

It's not clear when the Fishkins moved out or how long it has been vacant. Levin said it may have been rented to tenants for a while. The TV series “Chicago P.D.” and “Empire” have both filmed in the unit, according to past listing agents.

Levin said the fish tanks have remained stocked throughout the vacancy and get regular care and maintenance from a fish tank firm. The inhabitants of the tanks are included in the sale, he said.